Hello there! We're Crawford Supply Group, a Midwestern Bath & Kitchen Supplier with Designer Showrooms. We're here to answer your questions about bathrooms and kitchens. Follow our blog for handy guides and design inspiration!

Are Bidets Finally Catching on in the U.S.?

Most of you are at least a bit familiar with what a bidet is and what it’s used for. Bidets have been used in Europe and Asia for centuries, but are just now catching on in the United States. Why? Some believe it’s due to the fact that our aging population is rapidly growing and baby boomers are looking for any and every way to stay in the their homes and keep their independence for as long as possible.

Though crude, the first bidet was invented by the French in the 1700s. It was the Japanese who modified it years later to look very similar to what you’d find today, according to the American Bathette Company. The basic use of a bidet is to clean up after relieving yourself. Americans are thought to be the most clean of all the nations which is why it is so surprising that we wouldn’t use bidets. Would you wash your dishes without water?

This photo was taken from www.italyusersguide.com and is thought to be the first Italian bidet.

Why should you seriously consider installing a bidet? Several reasons; the most important being something called ‘aging in place’. As I mentioned previously, our senior population is rapidly growing. “Bidets are actually a safer and more effective way for the elderly to clean themselves”, according to The New York Times. With this in mind, these baby boomers can stay longer in their own homes, which is very important in keeping their independence.

So I’ve convinced you to purchase a bidet for your home. Now, which bidet is right for you? There are so many more options than there used to be. The traditional bidet is a separate fixture with a separate water line. This is still a good option if you are remodeling or building a new home. This is the most expensive of the options, but you are guaranteed a high quality experience. Another, less expensive, but still great option, is the bidet seat. You can either buy one that is freestanding (and these fit on standard toilets) or you can buy one that can be attached to a separate water feed and requires electricity or a hookup to the sink’s hot water supply for a warm water spray. Either of these options are easy to install and less expensive than the free-standing bidet. All work exceptionally well.

Our top picks for bidet seats at Crawford Supply Group are Icera’s Iwash Bidet Seat and Kohler’s Elongated Bidet Toilet Seat with Tank Heater and Side Controls. Come in today to the location nearest you and ask us about a bidet that’s right for your lifestyle. 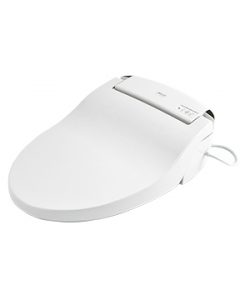 * Get an image next to your comment by visiting Gravatar.com and uploading a profile photo that links to your email address.